I'm delighted to announce that my new Crossroad Press novel, Annabel Lee: The Story of a Woman, Written by Herself is now available in audiobook format from Amazon and audible.com! I've had a chance to listen to the recording and can report that the narrator, Laura Jennings, does a fantastic job--so much so that I was inspired to reach out to her for the brief interview below.

A winner of the Earphones Award from Audio File Magazine, Laura has performed audio books for many publishers including Audible Studios, Tantor Media, Blackstone Audio, Dreamscape, Macmillan Audio, and Brilliance Audio. A longtime resident of the Pacific Northwest, she has recently relocated with her husband to Sweden.

- Laura, you are a highly successful, in-demand reader of audio books. Generally speaking, how do you decide which books you’ll record? And what specifically attracted you to Annabel Lee?
For the most part....narrators do not get to choose what they record. Publishers will cast a narrator in a book because they think that narrator fits the material. So we get what we are given. A few publishers, like Crossroad Press, have open auditions. I keep tabs on some of these publishers for projects that interest me. I chose to audition for Annabel Lee because I am a great fan of 19th century literature and the idea of expanding on Poe's poem interested me. In addition, you remained very true to the nuances, cadence and form of the novel as it was written at that time. Who would pass up the chance to narrate a modern Victorian novel so well written and whose characters are so intriguing?
-  For the record, Laura, Crossroad Press gave me a choice of several narrators who had recorded auditions, and you were far and away the best! The audio book of Annabel Lee runs nearly eleven hours. How long did it take you to record it? How long are your recording sessions? Do you do a lot of retakes?
My recording of raw audio (no edits, proofing or mastering) is usually about 3:1. Three hours of recording time to one hour of finished audio. That means I probably spent 30 to 35 hours recording. I record about 5-6 hours a day because that is how long my voice holds out and I start to get a bit claustrophobic in the booth after that. I think my proofer found about 135 errors or "pickups" as we say for the whole book. That is about average, according to what other narrators and publishers tell me. 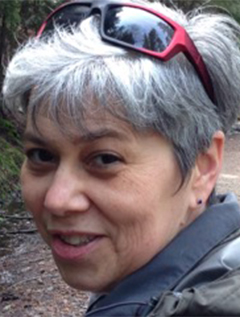 - What was the most challenging thing about recording Annabel Lee?
As in novels written in the 19th century, Annabel Lee is mostly narrative with some dialogue but not a lot. My biggest challenge was to keep the long passages of narrative interesting and fresh. That it is written in first person, in Annabel's voice, helped. I prepared for that by listening to Jane Eyre narrated by Thandie Newton. Really a stunning performance. Jane Eyre was written at the same time Poe wrote Annabel Lee and also was the closest match to the style of your novel.
- Charlotte Bronte's Gothic classic is a favorite of mine too, Laura, and it was indeed in the back of my mind when I created the narrative voice for my novel. But how do you decide on individual character voices in recording an audio book? What about the voices for Annabel Lee?
I choose character voices (the sound of the voice) according to a character's age. How that voice is acted depends on the role the character plays in the novel. Are they the protagonist or the antagonist? Are they a supporting player? What kind of personality does that character have and which personality trait moves the plot of the book along? Once I know the answers to those questions then I make my acting choices. Annabel is writing her memoir looking back over her considerably long life so while she is looking back she has to embody the wisdom of an old woman in spirit. But in the telling of the particular scene her voice has to embody who she was at the time of the scene. So she was a bit tricky. Dr Blackthorn had to sound creepier as the novel progresses. In the beginning we get a hint that he is not on the up-and-up, but it isn't until later we know the extent of his psychopathy. 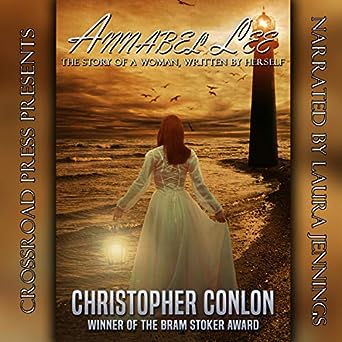 - Can you talk about some other new or upcoming Laura Jennings audio books of interest?
Sure! I am working on two series right now. One is for writer Susan Forest and the other is for Laura Kaye. Susan's series is a full blown fantasy about the political intrigue of the country of Shangrill. Three sisters hold the fate of a world of magic and myth in their hands. Laura's series is also fantasy but is a combination of love story and ancient Greek and Norse mythology. What happens when the Gods find love in mere mortals on earth? They are just wonderfully written.

- Best of luck with your upcoming recordings, Laura--and thank you again for the wonderful job you did on my Annabel Lee!